Jazz is alive and well in Japan! My father, George A. Borgman, always said that jazz was for the world and he was right! Today's Jazz Performance of Original Dixieland One Step is by the New Orleans Stompers and was recorded at The Misty West in Yokohama, Japan on March 26 2022.

The musicians playing are, Kato Sinichi on trumpet; Matumoto Koji on trombone; Goto Masahiro on clarinet; Yamazaki Masanobu on piano; Kodaira Akihiro on banjo; Ito Jyoichi on bass, Yosii Tetuji on drums; and it looks like the second trombone player is Nakajima Jiro. A couple of other players are listed along with the video, but, it doesn't look like they appear in this video.

Here is the first recording of the tune played by the originators of it, The Original Dixieland Jazz Band recorded on February 26, 1917 in New York, with a nice presentation and audio restoration by Atticus Jazz!

Posted by Eric Bruno Borgman at 3:52 PM No comments:

On today's Saturday Jazz Performance we will hear Germany's New Orleans Jazz Band of Cologne playing the traditional gospel tune, Just A Closer Walk With Thee. At the time of this video recording the group was called The Maryland Jazz Band of Cologne.

The current members of the band are Bruno van Acoleyen on trumpet; Bart Brouwer on trombone; Benny Daniels on bass; Reinhard Küpper on drums; Hans-Martin "Büli" Schöning plays banjo & guitar; and Georg "Schroeder" Derks on piano. And the mystifying N.N. plays both clarinet and saxophone.

Just A Closer Walk With Thee has a murky past and it is almost impossible to know for sure where this tune was first developed and played. There is little doubt that it was a religious oriented song that was sung as early as the 1800s however, and it was quickly adapted by jazz bands and has been heard played by such bands since the dawn of Dixieland.

Posted by Eric Bruno Borgman at 7:05 PM No comments:

The Foundation Jazz Band or The San Francisco Traditional Jazz Foundation's Jazz Band video profiled today is from way back on August 2, 2010 when they played at at Nick's at Rockaway Beach in Pacifica, California. Sadly Jim Cullum passed away in 2019.

Sunday was first recorded by Jean Goldkette and His Orchestra on October 15, 1926 the same year it was written and composed by Ned Miller, Chester Conn, Jules Stein, and Bennie Krueger.

The performers in this video are Bill Carter on clarinet; Bill Gould on piano; Bill Reinhart on bass; Bill Cullum on cornet; Bob Schulz on cornet; Dan Barrett on trombone; Scott Anthony on banjo; and Hal Smith on drums.

Here is Jean Goldkette's version of Sunday recorded in October of 1926.

Posted by Eric Bruno Borgman at 6:07 PM No comments:

The Many Lives of Jack Purvis, Part Two - By Eric B. Borgman & George A. Borgman

“The boy has an unusually keen mind.”(1) 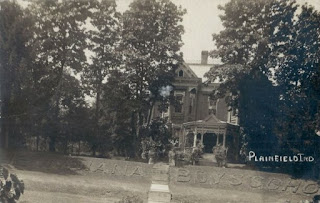 Most of this Yankee Jazz Beat Blog entry relied on the available historic records of the Indiana Boys’ School of Plainfield, that reside at the Indiana State Archives.

2. The Indianapolis Star, 'Wealthy Kokomo Man Sued', page 4. The restraining order was, "to prevent the defendant from disposing of his property."

19. Duncan Preston Scheidt Collection, Box 2, Folder 13, Jack Purvis: correspondence, notes, and clippings, 1966–1972. Letters from Warren C. Huddleston to Peter Kelley, 11-16-1966 & 6-22-1967. There is some confusion as to when Mr. Huddleston remembered Purvis being at Kokomo High School. In his mind everything, Purvis being transferred to the school, writing for the paper, and his inheriting money, all happened in 1923. The verifiable dates do not correlate with his memory. I do think that Huddleston did know Purvis in high school and the basics of his memory are authentic, just the dates seem a bit off.

Posted by Eric Bruno Borgman at 12:14 AM No comments: 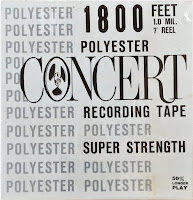 In October of 1978 George Borgman was working for the Department of Justice in Washington, DC while living down in Maryland he would tune into a Washington, DC radio station and occasionally he'd record some of the jazz programs.

Here is what he recorded on Wednesday, October 25, 1978. He edited out some tunes and would save them on an alternate reel. This tape reel was titled "Jazz I Takeouts - Save!"

The first tune, Visitation, is taken from the Paul Chambers/John Coltrane LP "High Step" which was a compilation album released in 1975 by Blue Note. Visitation was recorded March 2, 1956 and featured, Paul Chambers on bass, Kenny Drew on piano and Philly Joe Jones on drums.

The next tune featuring Dollar Brand on piano, and Johnny Dyani on bass and bells with both contributing vocals was recorded in Germany on December 10, 1973. It is of a traditional South African tune Ntsikana. The album was released on the Inja label. 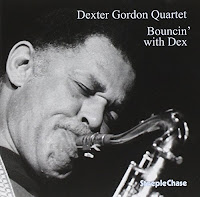 Lastly, we have Catalonian Nights by Dexter Gordon from his album "Bouncin' with Dex" and was recorded on September 14, 1975.

Eric B. Borgman · George A. Borgman Archives - JAZZ I TAKEOUTS
Posted by Eric Bruno Borgman at 2:00 PM No comments:

Okay, so it's technically Boogie Woogie, but, this I think, it is appropriate for our times. Pianist Ladyva plays her own composition Quarantine Boogie from the sunny Dominican Republic.

According to her bio on YouTube, Ladyva began playing piano at age fourteen. Her inspirations were some of the masters of Boogie Woogie, though unfortunately she doesn't say who. She began performing with her brother Pascal Silva, at age sixteen.

She has appeared on many television programs both in Switzerland the Dominican Republic and elsewhere. In 2009 Ladyva released her first album; her current and third album is 8 To The Bar.

In September 2015 she performed at Jerry Lee Lewis’ 80th Birthday/Farewell U.K. Tour in London and Glasgow. She performed at the Cigar Awards in December 2016 and received the award for 'Best Boogie Woogie Pianist 2017' at the Boisdale Music Awards.

So, without further adieu...

Posted by Eric Bruno Borgman at 4:49 PM No comments: